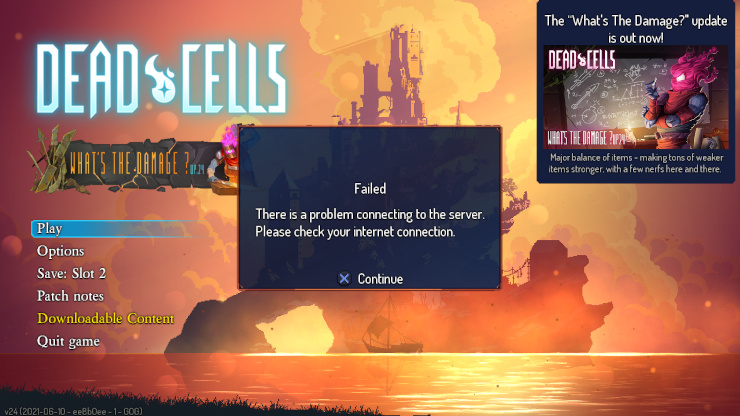 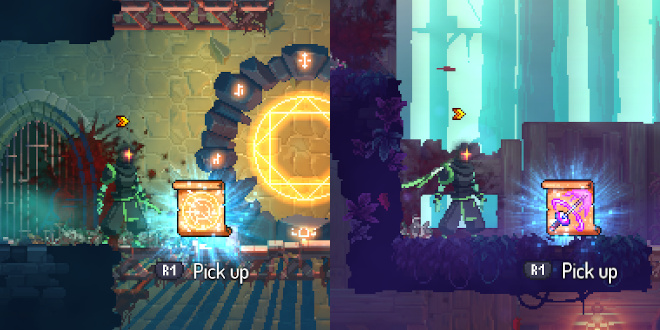 In the rest of the article when I use a relative path, assume it is relative to the game installation directory, which in my case is ~/GOG Games/Dead Cells/.

First you should create a backup of the file game/res.pak because we will edit it and any mistake will lead to the game crashing. If that happens just replace the edited file with your backup. Or if you do not have one, reinstall the game. While you are at it, you might as well backup your saves – that is the directory game/save/.

This is the plan:

The tricky part is, that the edited file has to be the exact same size as before. My guess is this has to do with internal offsets for parsing, because res.pak is a container for many different files. The part we are going to edit belongs to a JSON file called data.cdb.

When you open game/res.pak in GHex you just have to search for “dailyReward”. You will find a JSON list with the blueprints. Nicely formatted the section looks like this:

One trick that almost worked, was to set "step": 0. I started the game, tried unsuccessfully to start a Daily Run, and then found the SpeedBlade to be available at The Collector. However, it only worked for this one blueprint and not the other two.

The most common enemy which also drops blueprints is the Zombie. Let us have a look at the relevant part of its JSON description:

The Bleeder entry looks like the perfect target to be replaced. “Always” does not actually mean the blueprint is always dropped, but it has a very decent chance. When I played to unlock, I actually got the item while still in the first level each time – just not directly from the first few enemies.

But keep in mind: The resulting file has to be the same size as before. Changing too much will just make every­thing harder on us. Bleeder is 7 characters long while SpeedBlade and DamageAura have a length of 10, and DashSword has 9 characters. To counter-balance that, I shortened the name “Zombie” by the difference. An example:

A screenshot from the edited part in GHex (highlighted areas by me):

I just did some runs on the lowest difficulty. Once unlocked – or to be more precise: once the blueprints are available at The Collector – you can replace the edited res.pak with the original again. The blueprints will stay. 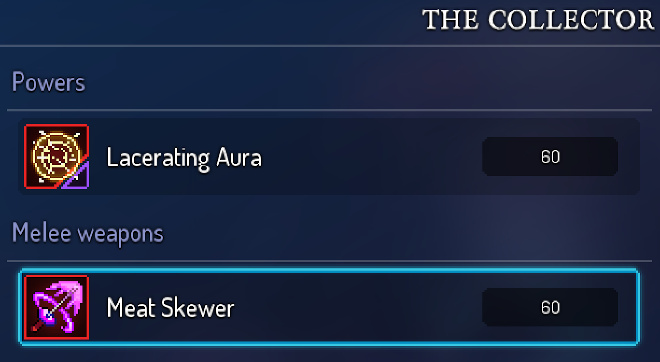 While it did not work for editing, CellPacker was a great help because I could use it to extract the data.cdb file. It is a lot more comfortable having an auto-formatted JSON file at hand. What did not work for me was to repackage res.pak with the tool – the operation required a whopping 12 GB RAM and the game crashed using the file.